and the other half jointly to 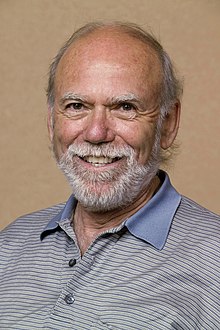 Want to pass the CBSE Physics Exam? Here’s how !

Did you get very low marks in Physics and finding it too difficult to get pass marks?
Here is a systematic and easy to follow plan to succeed. Just believe me, you can get pass mark by following the instructions religiously.

During the cool off time go through all the questions and decide the questions known well to you and mark them to attempt in the first round. Then have a look at the questions which may take some time to solve or of which you have some idea but the answer is not completely known. The rest of questions can be kept for third round where you will write an answer with the concepts known to you based on the hints which you may get from the question itself.

Attempting all questions is very important, because if you write an answer there is a chance to get some marks but if you do not write there is no chance of getting any mark for the question.

Please go through “MUST PRACTICE PORTIONS FOR CLASS XII” and practise the portions thoroughly.

You can find a list of important diagrams here shortly.

END_OF_DOCUMENT_TOKEN_TO_BE_REPLACED

BOARD QUESTIONS FROM WAVE OPTICS (CBSE/AISSCE)

Download the collection of questions asked in previous CBSE board exams from the chapter Wave Optics.

Practising the previously asked questions is a good idea to prepare for the exams.

A pendulum is hanged in the car.
Car starts to move by constant acceleration
How to measure acceleration by angle the pendulum?

If the pendulum makes an angle θ with the vertical, then a = g tan θ

This is based on the idea of pseudo force experienced by a body in an accelerated frame of reference.

When a body is in an accelerated frame of reference, it feels as if it is acted upon by a force equal to its mass multiplied by the acceleration of the system. Please have a look at the diagram below.

The following Books are recommended

Other than your regular BSc textbooks on,

You can take these …

And there are many … Try these first

A 2kg hammer with a speed of 40m/s strikes a 100g nail driving it into a wooden block. If there is no dissipation of energy in this process and the frictional force applied by the wooden block is 8000N, how deep would be nail penetrate into the block?